Braising artichokes is one of the easiest ways to prepare the vegetable. These simple braised artichokes are served with a spicy and tangy mandarin chili sauce.

The first time I ever really thought about artichokes was my freshman year of college, when I was meeting people in the dorms. One of my now good friends from college grew up in Castroville, and I had never heard of the town. He went on to say that Castroville was the artichoke capital of the world and that it hosted an annual artichoke festival. I thought to myself, “Artichokes?? Interesting.” Little did I know that over 10 years later, artichokes would become one of my favorite vegetables and that I would visit an artichoke farm based in Castroville!

Throughout the year, I have been and will continue to participate in several blogger tours and events with Safeway to learn more about their Northern California-based vendors. Our first tour included a visit to Ocean Mist Farms, the largest grower of artichokes in the U.S. I had never seen artichoke plants before the farm tour. When we arrived at Ocean Mist Farms, I was blown away by the vast fields of green plants with artichoke buds peeking through the top.

The artichokes are hand harvested and packed right on the field to retain their freshness. Farm workers walk up and down the fields, cutting off artichokes from the stalk. Then, they’ll toss the artichokes into canastas, or large lightweight baskets, that they carry on their backs. It wasn’t until I witnessed this harvesting process that I fully realized how much labor goes into producing artichokes. It made me appreciate all the hard work that the farming community does in order to produce the fruits and vegetables that I find at the grocery store. 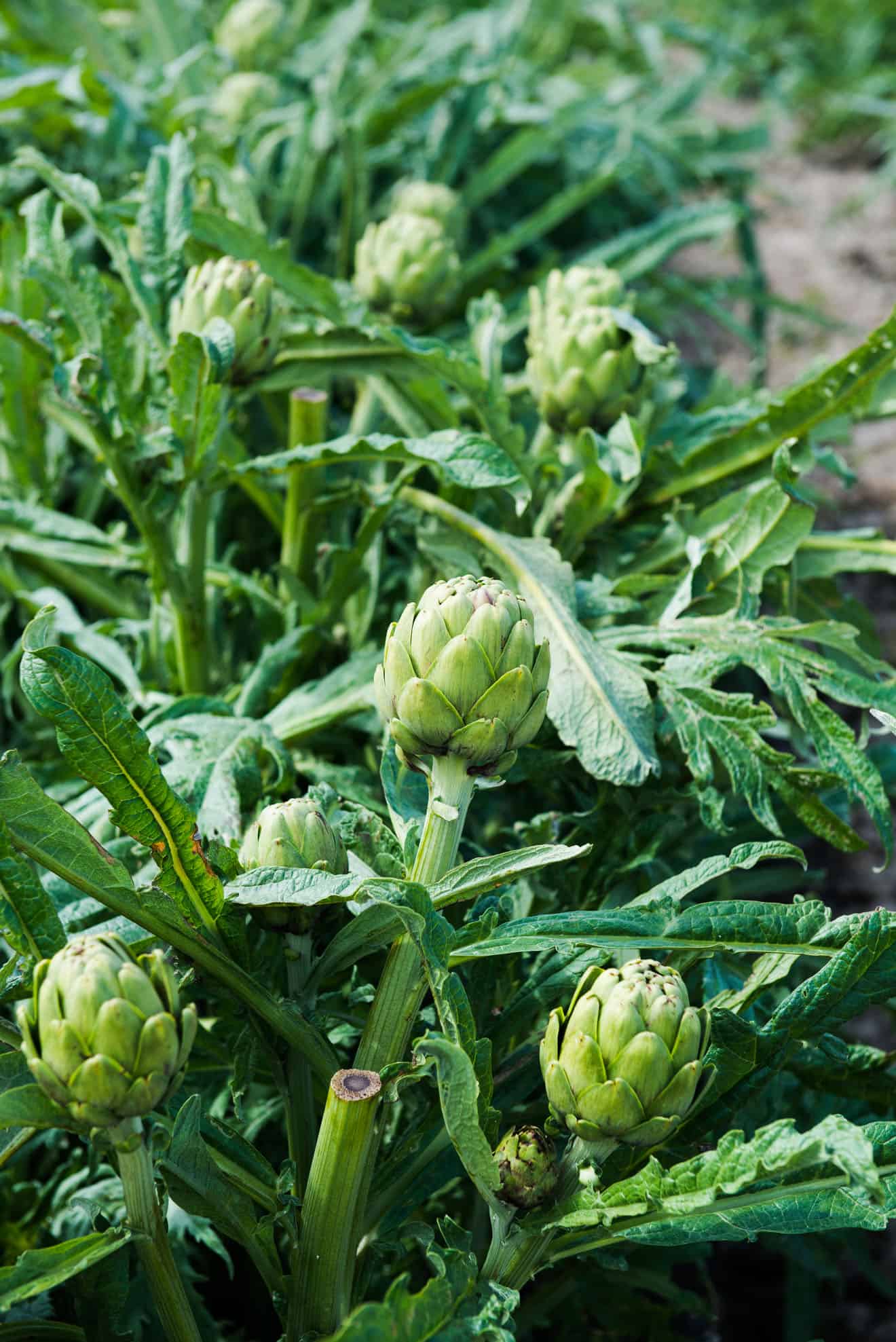 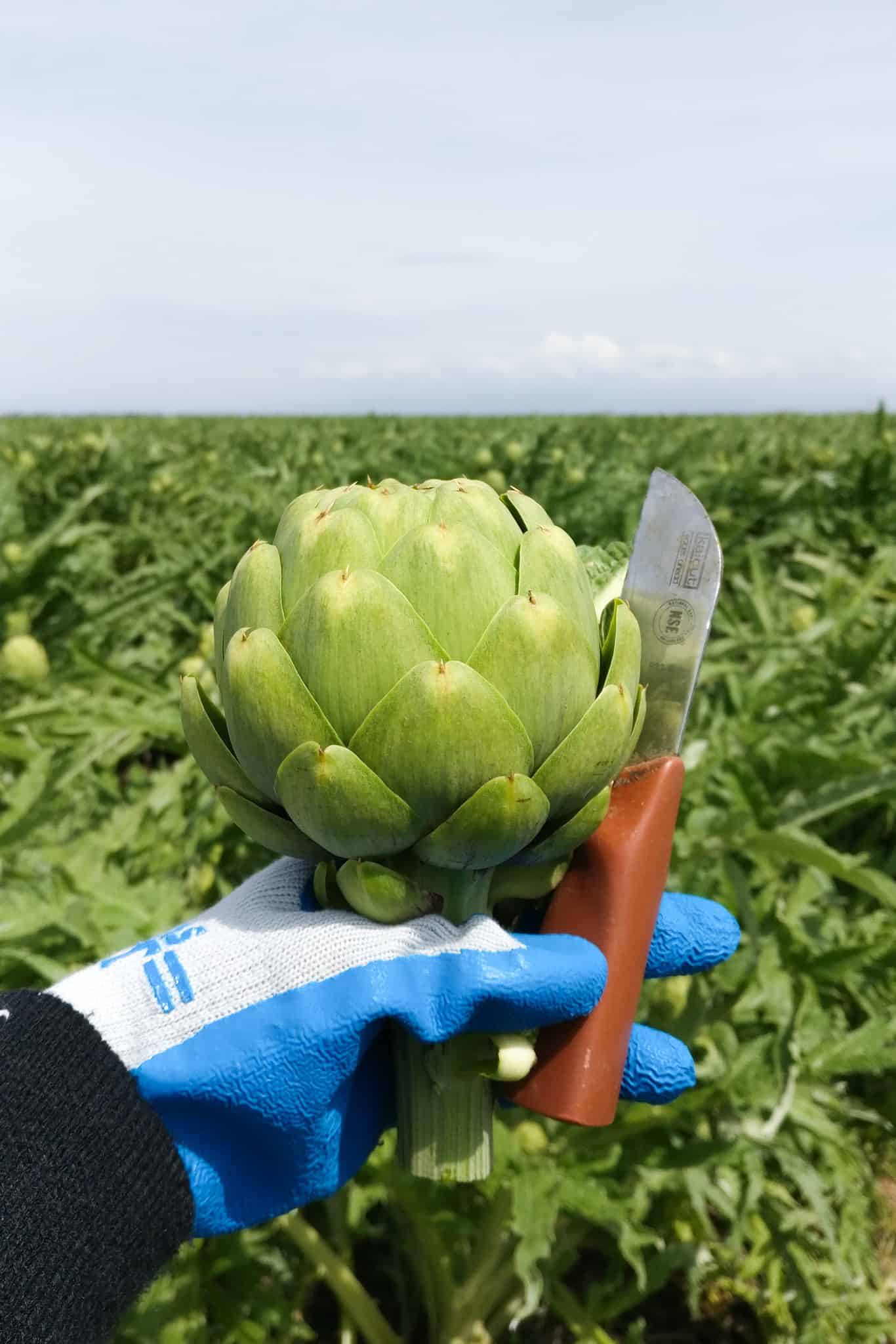 Another thing I learned during the tour was that each artichoke plant has one primary stalk, which produces the largest artichokes we see on the market. Shooting off of the primary stalk are secondary and tertiary stalks, which produce medium-sized and baby artichokes, respectively. Canned artichokes usually come from tertiary stalks. Artichokes also have a lot of antioxidants, and a medium bud can contain up to 6 grams of fiber! 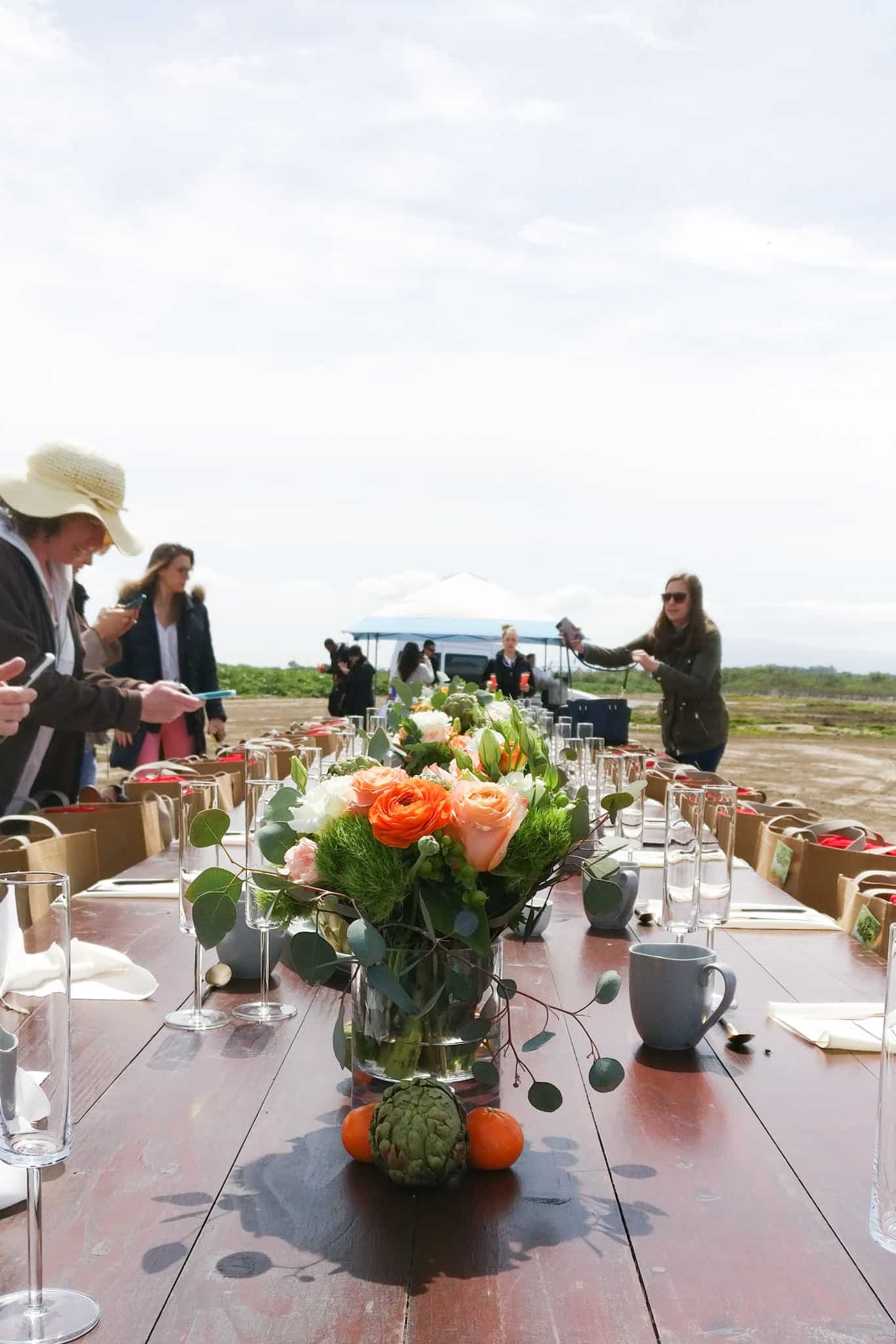 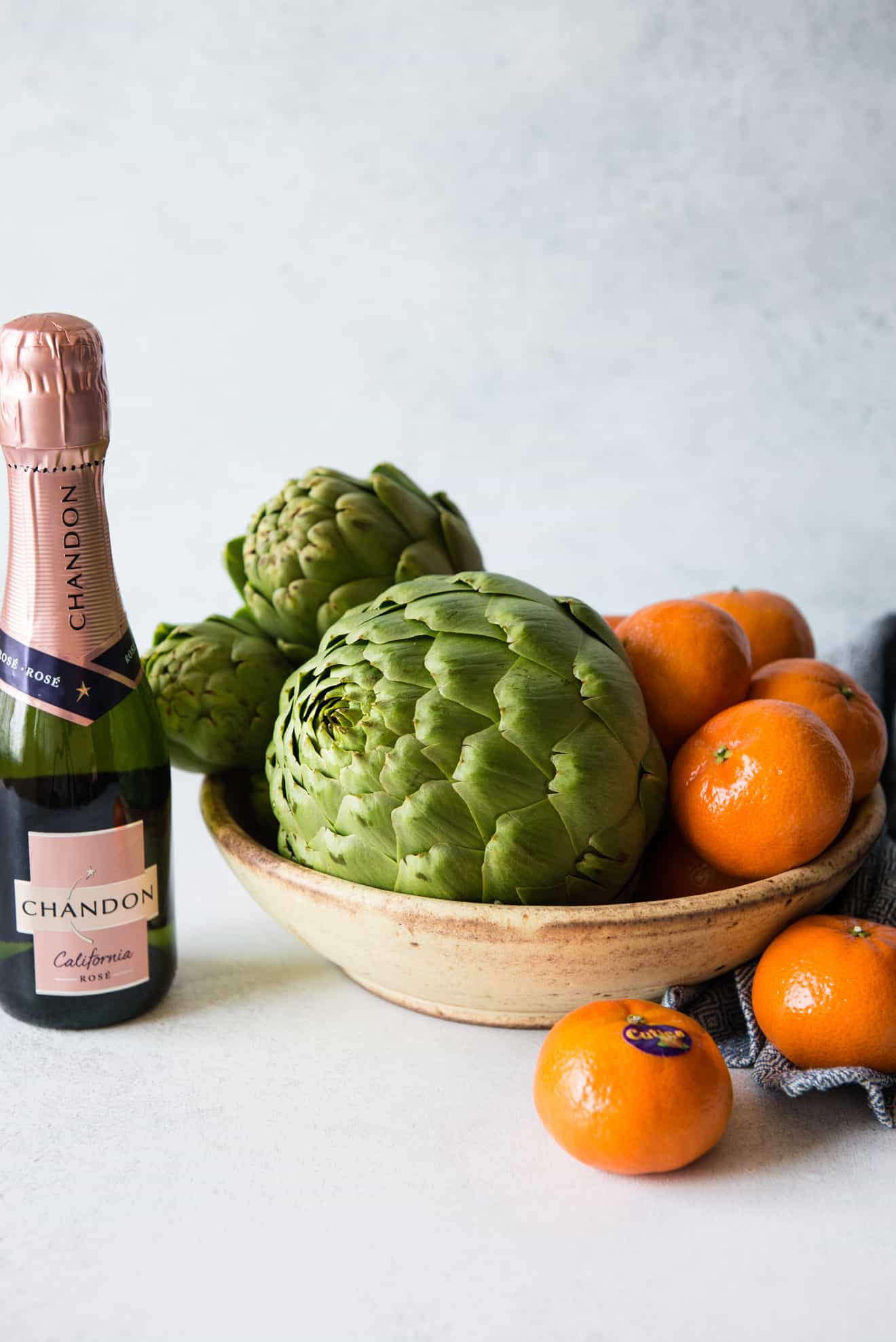 Towards the end of the tour, Safeway treated all of us to a catered lunch in the artichoke fields. The lunch featured dishes made from a selection of Ocean Mist Farms produce, Sun Pacific Cuties, and Safeway O Organics, as well as bubbles from Chandon. It was a beautiful meal, and we all got goodie bags filled with artichokes, Cuties, and some sparkling rosé to inspire our next recipes.

I didn’t grow up eating artichokes, so for the longest time, I was intimidated by the thought of cooking them. Having cooked them for a few years now, I realized that the preparation is not as daunting as I once thought. There’s just a few things that you need to keep in mind when cooking artichokes.

For this recipe, I paired braised artichokes with a mandarin chili sauce made with the juice from the Cuties. The sweet citrus flavor of the Cuties paired with the heat from the chili flakes made a wonderful sauce and dip for the artichokes. Honestly, I ate all the artichokes you see in the photos in one sitting. Sipping on a glass of Chandon sparkling rosé was just the perfect touch for my weeknight dinner. 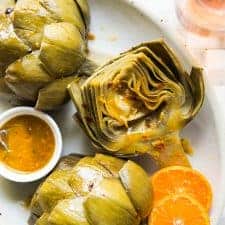 This recipe works with 2 to 3 medium artichokes. I could only fit 2 in my pan, which is why I listed 2 artichokes in the ingredients.  I used a standard vegetable broth for braising my artichokes, but if you have another broth you enjoy, use it to cook the artichokes! The artichokes will soak up the flavors from the broth.
Prep Time15 mins
Cook Time30 mins

Did you make this recipe?Tag @hellolisalin or leave a star rating and comment on the blog!

Disclaimer: This post is sponsored by Safeway. You can find all the ingredients for this recipe at your local Safeway or purchase them through Safeway Home Delivery (powered by Instacart).