I am not sure who actually uttered the infamous words “let them eat cake” upon learning that French peasants were starving for bread. I do, however, often wonder what kind of cake the speaker had in mind. I am woefully ignorant of the kinds of cakes that are available in France, or in the 18th century for that matter. But one cake that I do know a lot about (and love) is carrot cake. 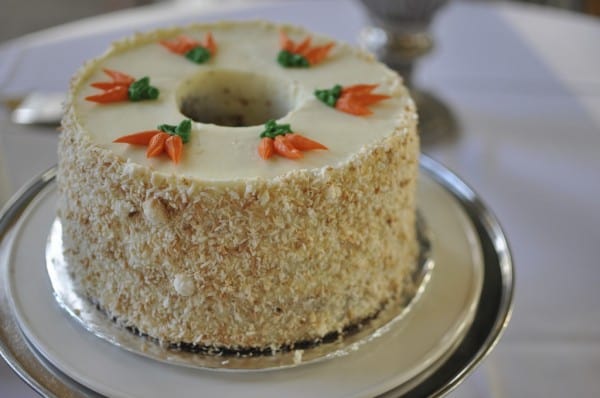 Most carrot cakes that we come across usually contain shredded carrots, nuts, and raisins all mixed into a cake batter that are baked into soft and fluffy mouthfuls of deliciousness. But that was not always the case. If we step back in time to a few centuries ago, sweet carrot desserts actually appeared in a bread pudding, pie, or pancake form. For example, here is a recipe for a “pudding of carrots” from Acetaria: A Discourse of Sallets by John Evelyn (London: 1699):

“Pare off some of the crust of the manchet-bread, and grate off half as much of the rest as there is of the root, which must also be grated: then take half a pint of fresh cream or new milk, half a pound of fresh butter, six new laid eggs (taking out three of the whites) mash and mingle them well with the cream and butter: then put in the grated bread and carrot with near half a pound of sugar, and a little salt, some grated nutmeg and beaten spice; and pour all into a convenient dish or pan, butter’d, to keep the ingredients from sticking and burning; set it in a quick oven for about an hour, and so have you a composition for any root-pudding.”

“A coffee cup full of boiled and strained carrots, 5 eggs, sugar and butter of each 2 oz. cinnamon and rose water to your taste, baked in a deep dish without paste [pastry], 1 hour.”

Over time, these carrot puddings evolved into the familiar sturdy cakes that we see today. The evolution of carrot cake preparation is what fascinates me the most. Centuries ago, carrot desserts were commonly prepared as bread puddings that were cooked for a long time. In contrast, the rising trend now seems to be recipes for raw carrot cakes, such as this one from Gimme Some Oven. I wonder how great cooks of centuries past would have thought about recent carrot cake developments!

To add my humble contribution to the rich history of carrot cakes, I decided to make some carrot cake snack bites, inspired by the raw carrot cake recipe from Gimme Some Oven. 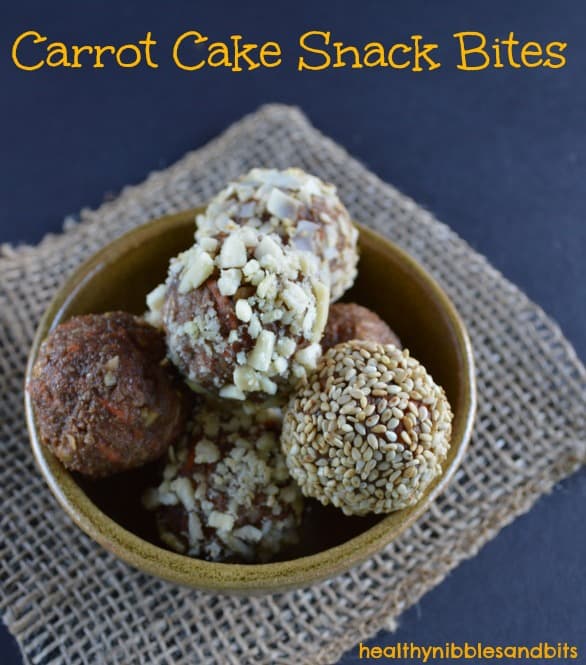 I added a little fun to the snack bites by rolling some of them in sesame seeds, shredded coconut, and chopped almonds. 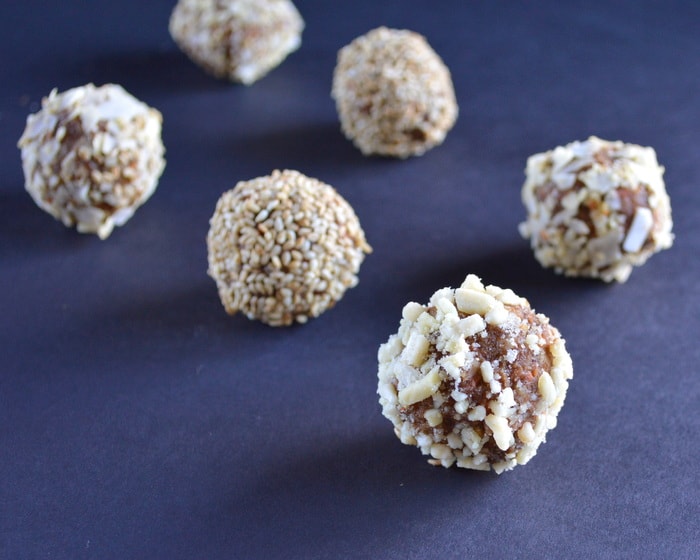 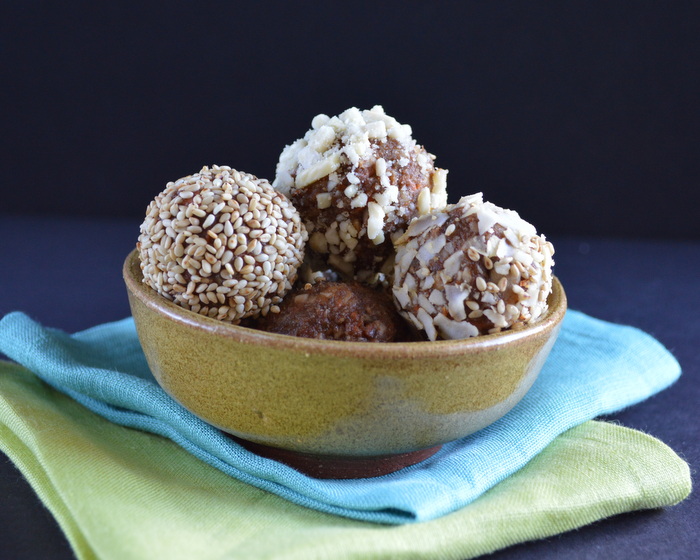