About a week ago, I attended a starter workshop at Sour Flour so that I can learn how to make my own bread. From learning about how to feed my starter, to kneading techniques, to the science behind bread making, I was...

About a week ago, I attended a starter workshop at Sour Flour so that I can learn how to make my own bread. From learning about how to feed my starter, to kneading techniques, to the science behind bread making, I was intrigued by all the variables involved in baking the perfect loaf. I plan to document all the kitchen experiments, failures, and delicious creations on the blog, so here goes the first post of the HNB Bread Chronicles! 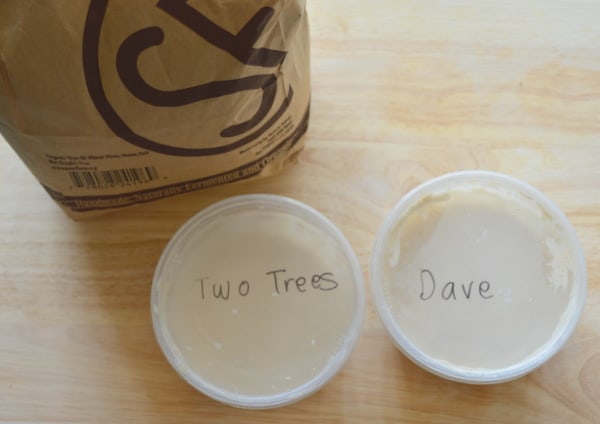 At the end of the starter workshop, we each took home a starter for our own bread making. Starters that have fermented for a while can take the place of commercial yeast in sourdough bread recipes. We each named our starters in the class. The idea is that if we give the starters a name, we will be less likely to neglect it. I named my starter “Two Trees” because the Chinese character for my family name, Lin, consists of two trees written side by side (林).

For the first few days, I left my starter in room temperature to ferment, which meant that I had to feed it with water and flour twice a day. I soon realized that I will forget to feed the starter on that schedule, so transferred it to the refrigerator. The colder temperature of the refrigerator slows down the fermentation process, which means less feeding.

Finally, I decided to make my first loaf of bread yesterday using this Beginner Sourdough Sandwich Loaf recipe from The Kitchn. I must admit that committed every blunder possible trying to make this bread:

Eventually, I was able to get the dough nicely snug in the loaf pan. 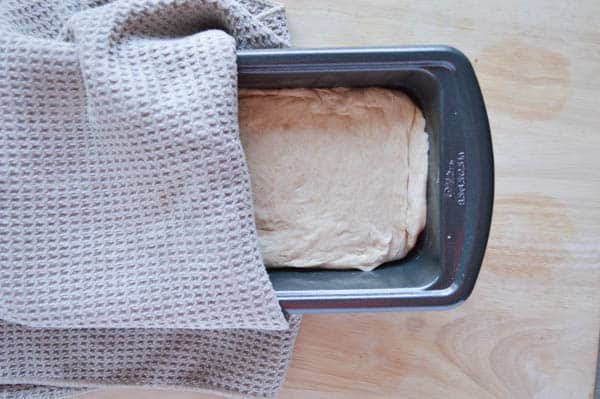 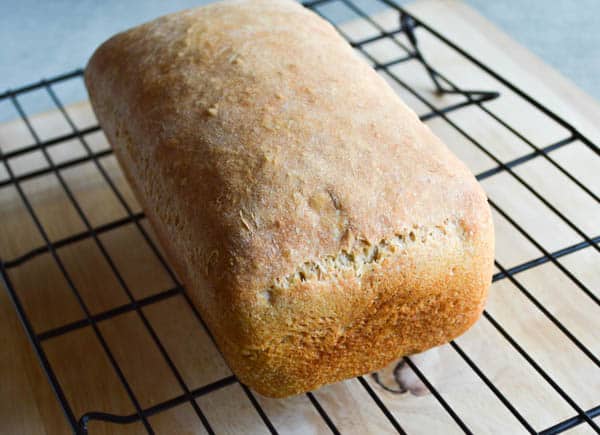 When I first removed the bread from the loaf pan, the exterior felt very firm. Immediately, I thought that I baked a loaf of rock-solid bread. I didn’t have the patience to let the bread cool off before tasting it, so I put the bread under the knife . . . 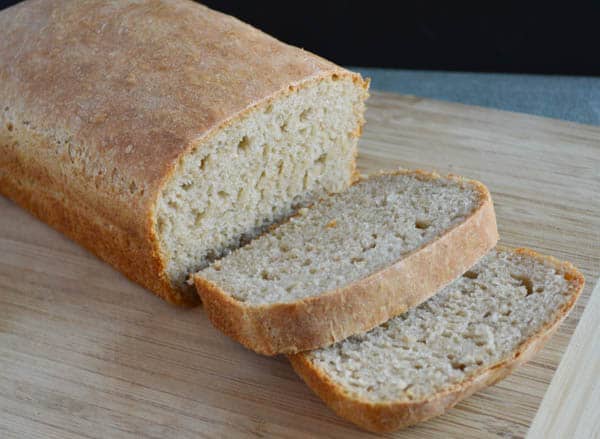 The verdict: I couldn’t believe that I baked a legitimate loaf of bread! The crusty exterior was amazing—just the perfect amount of crunch—and the bread was soft on the inside. I probably should have let the dough rise a bit more before baking it so that each slice could be bigger. The bread was also a bit dense, but delicious nevertheless. 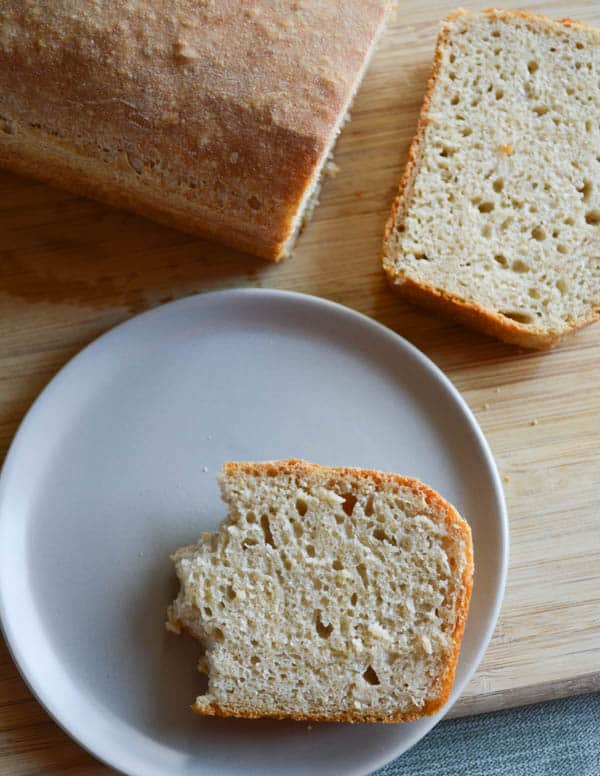 I was absolutely beaming!

By the way, my favorite part of any given loaf of bread are the end pieces. Anyone else feel the same way?