Got uncooked dumplings? Here is your guide on how to freeze dumplings and how to cook frozen dumplings. 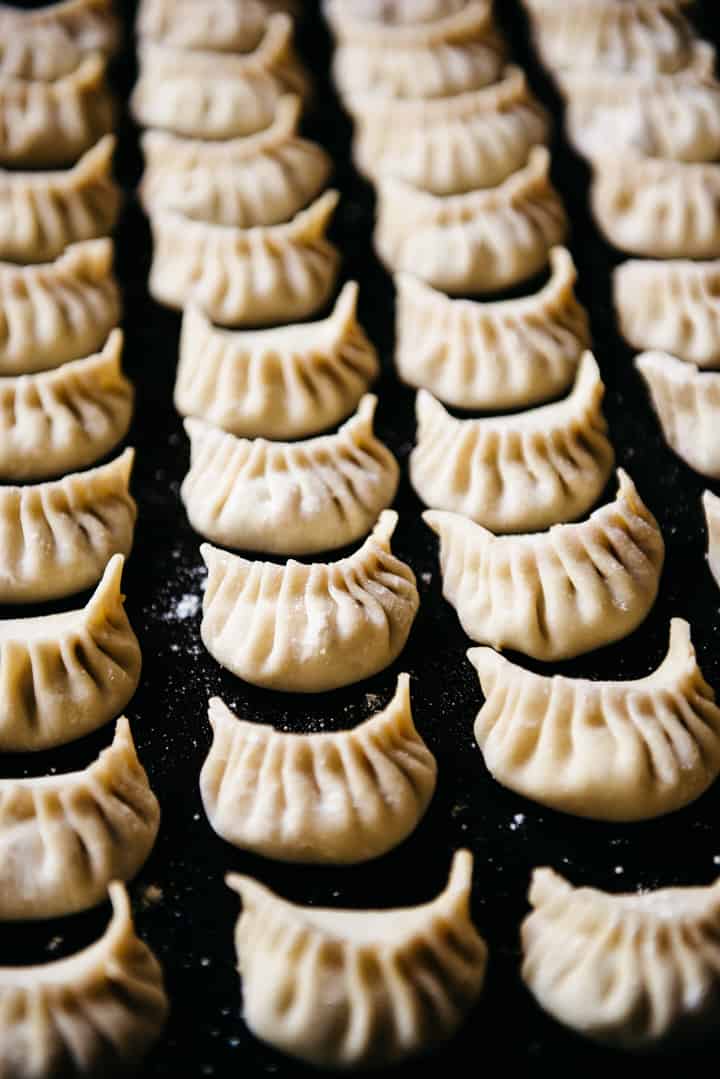 I often receive dumpling-related questions on social media, and I want to gather and address them in a periodic series that I’m calling “Dumpling 101.” One of the most common questions I get is how to store uncooked dumplings.

HOW TO FREEZE DUMPLINGS

The best method is to freeze dumplings. I usually line pleated dumplings on a baking sheet that fits in my freezer (see photo above). You can also line the dumplings on large plates. Make sure that the dumplings do not touch each other. Otherwise, the dumplings will stick together into a large clump. 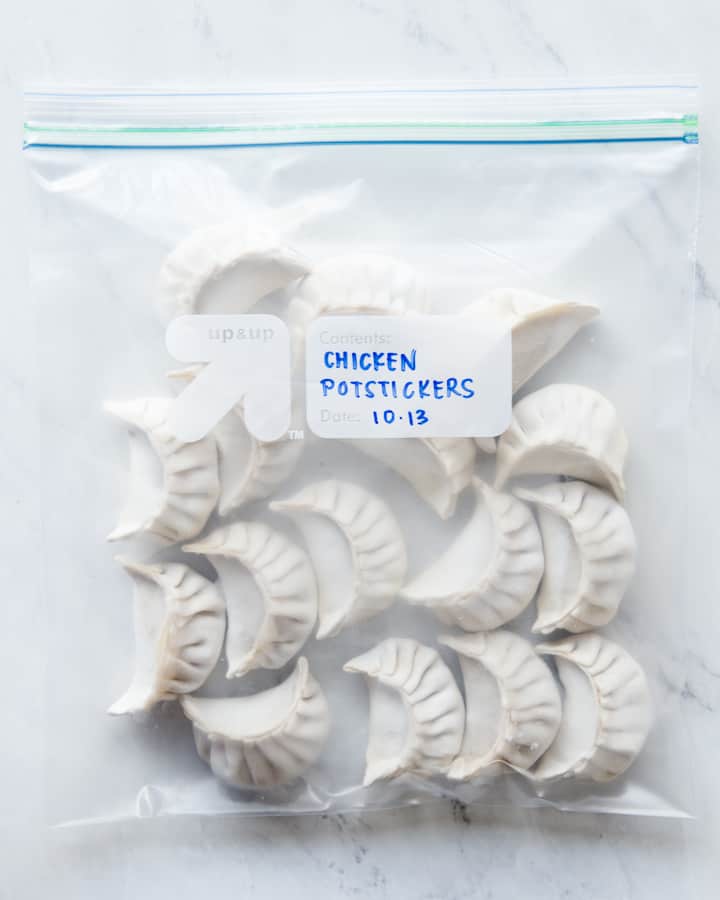 WHEN FROZEN DUMPLINGS GET STUCK TO THE PAN

It’s not unusual for me to forget about the frozen dumplings in the freezer. I’ll leave them on the pan overnight or find them after two days. When that happens, I inevitably find one or two dumplings stuck to the pan as I remove them. It’s not a big deal. I usually give them an extra tug, and they come right off.

One important note about using glass containers: If possible, do not freeze dumplings directly on glass plates or baking sheets. For whatever reason, frozen dumplings tend to stick on glass and they’re very stubborn to remove. I found out the hard way at my in-laws’ house. If you are using a glass plate or tray for freezing dumplings, line it with parchment first.

Once bagged, you should eat the frozen dumplings in 2 or 3 months. If you store them for any longer, they may get freezer burn.

DO NOT REFRIGERATE UNCOOKED DUMPLINGS 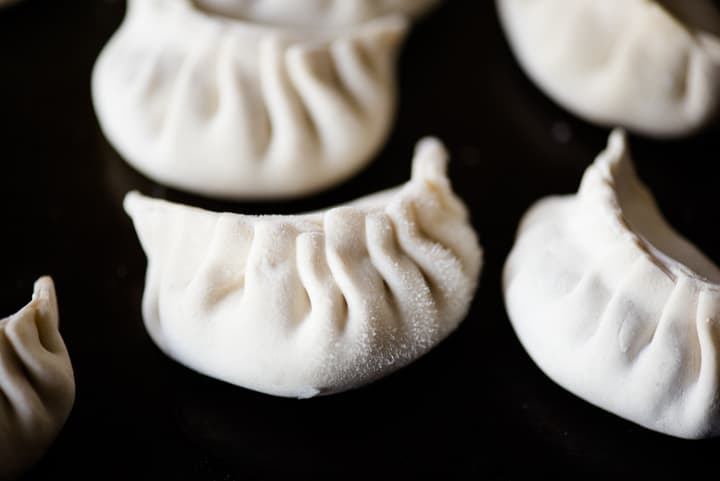 NO NEED TO DEFROST DUMPLINGS BEFORE COOKING THEM

When you are ready to eat the dumplings, you do not need to defrost the dumplings. In fact, I would advise against it. The ice crystals around the frozen dumplings will melt as the dumplings defrost. When left unattended for a few hours, your dumplings might turn soggy and lose their shape.

I freeze batches of dumplings all the time. They are perfect for days when I don’t feel like spending much time on cooking dinner, which is often. 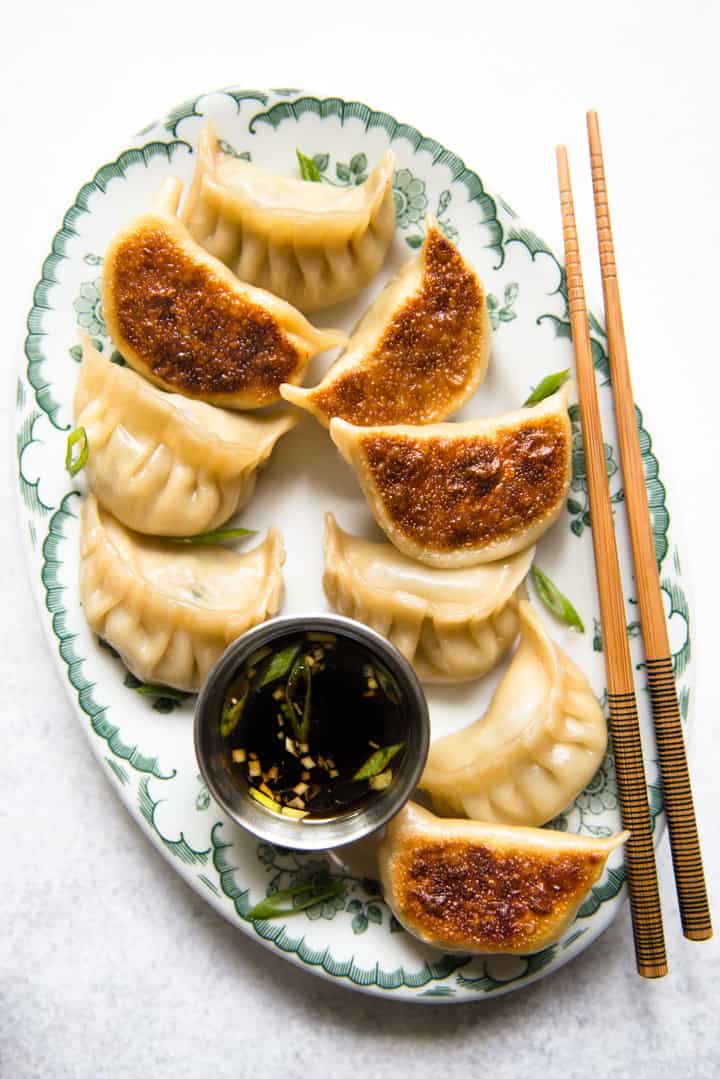