Palak paneer is a popular North Indian dish of Indian-style cottage cheese mixed with a creamy spinach sauce that is infused with spices. Here is a 45-minute palak paneer recipe that you can make for weeknights. Serve the dish with a side of basmati rice or coconut rice! 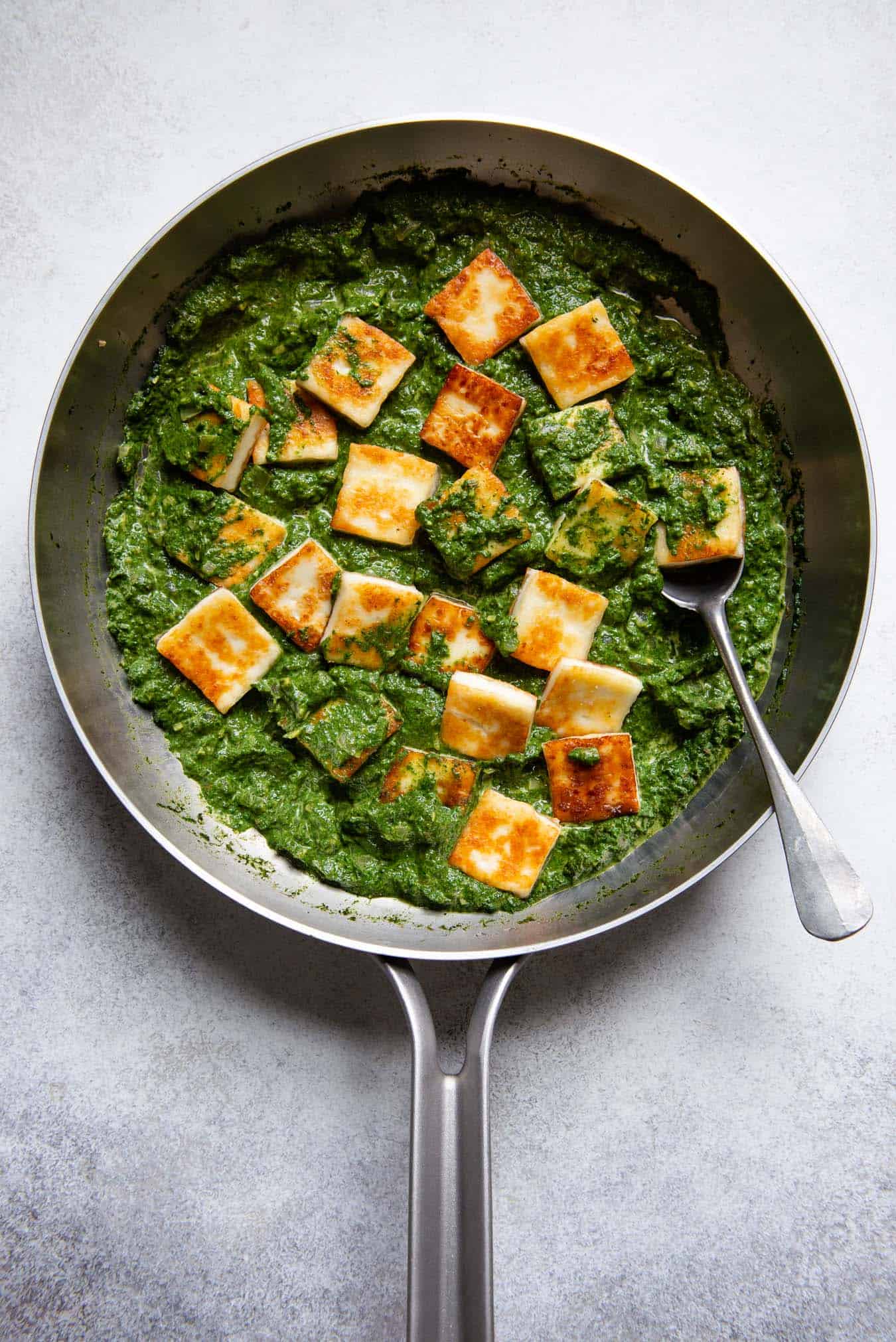 Palak paneer is one of my favorite vegetarian dishes to order in Indian restaurants. The star of the dish is the creamy sauce, which is made of chopped or pureed spinach cooked in a medley of spices. Complementing the sauce are pieces of paneer, or Indian cottage cheese. It is a simple but absolutely irresistible dish that will satisfy all the taste buds.

This flavorful dish is easy to make at home. My palak paneer recipe uses ingredients that are relatively easy to find and takes about 45 minutes to cook. Honestly, I couldn’t stop eating this when I was testing the recipe. Also, this dish makes great leftovers. The spinach sauce tastes even better the next day! 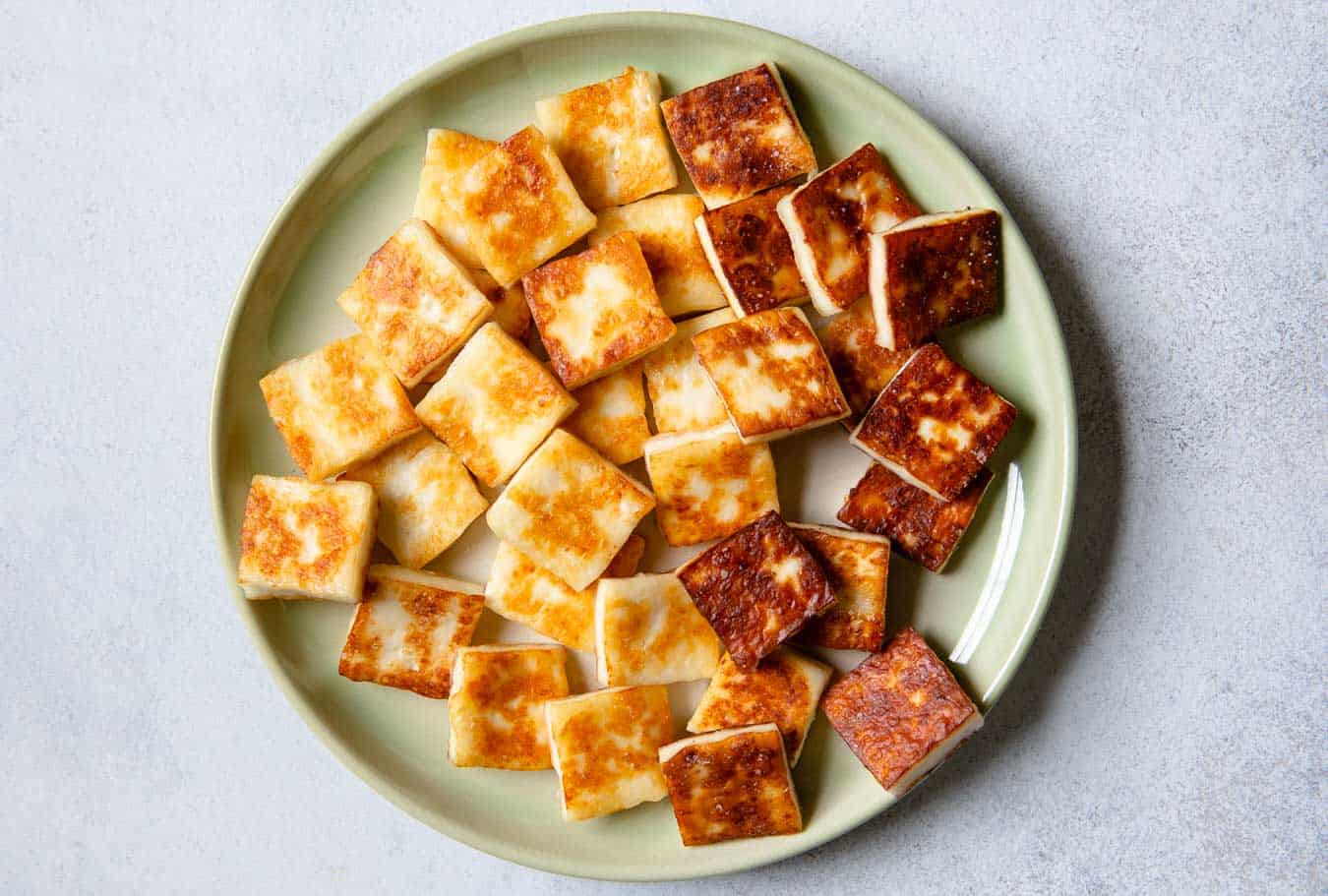 For a long time, I thought that saag paneer and palak paneer were the same dish. Part of my confusion came from various Indian restaurant menus I’ve seen over the years. In some restaurants, I’ve seen the spinach and paneer dish described as “palak paneer.” At other restaurants, that same dish is called “saag paneer.” That’s why I assumed that “palak” and “saag” were different ways of saying spinach in Hindi.

After some research, I learned that “palak” is Hindi for spinach, while “saag” means leafy greens (mustard greens, collard greens, fenugreek, spinach, etc.). Technically speaking, saag paneer refers to a paneer dish that is served with a sauce of mixed greens. Because this recipe uses spinach only, I am calling it palak paneer. 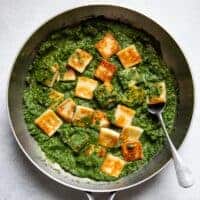 Palak paneer is great when served with a side of basmati rice. Some palak paneer recipes use whole yogurt in place of heavy cream for the sauce. I prefer using heavy cream because the sauce is runnier and the flavor is less tangy. However, feel free to use whichever ingredient you prefer.
Prep Time15 mins
Cook Time30 mins
Total Time45 mins