Ever wondered what the difference is between white pepper vs black pepper? Here are the differences between the two types of pepper, explained. Written by: Lisa Lin & Diann Leo-Omine. Photos and video by Lisa Lin. If you have been... 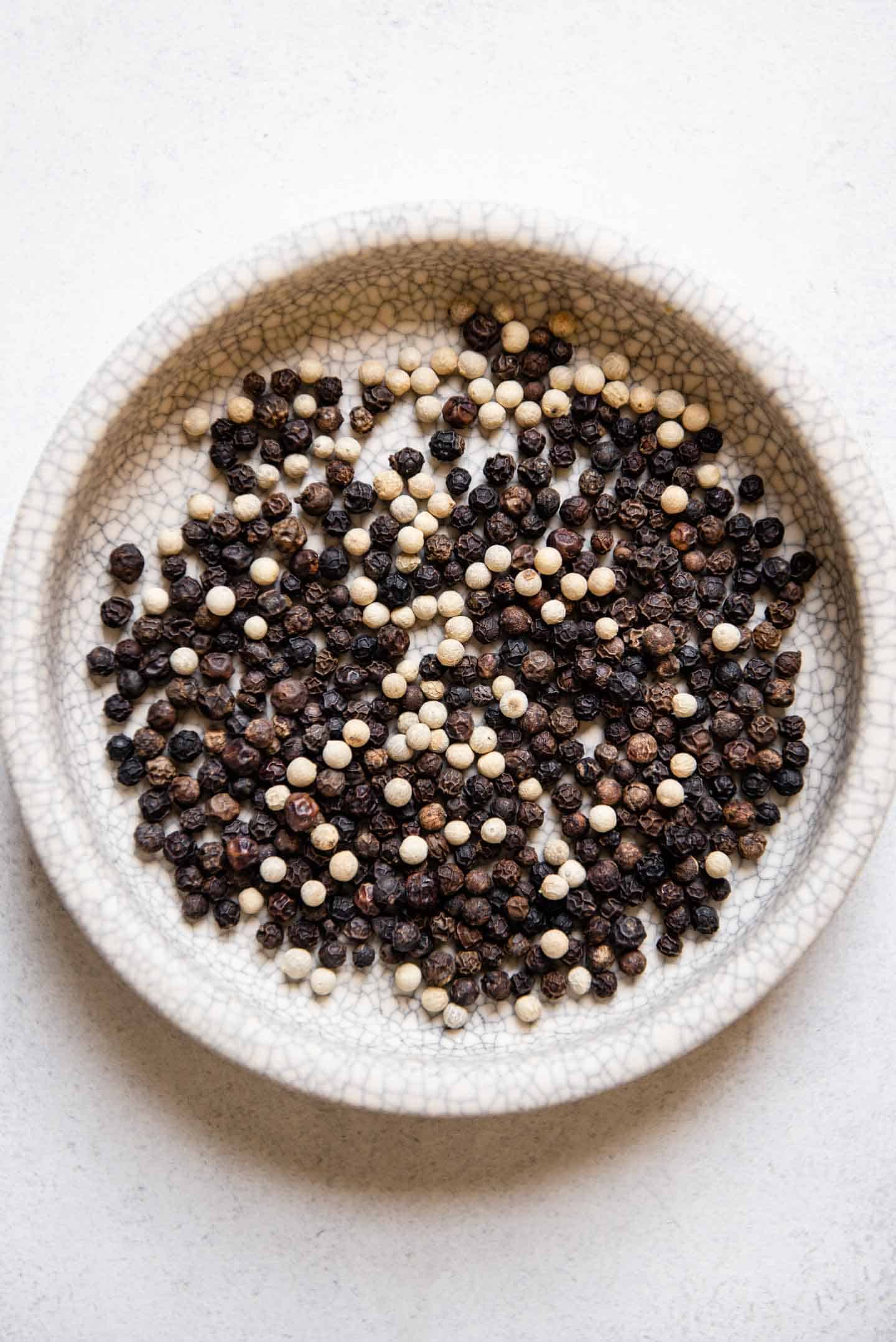 If you have been following along my cooking adventures with Mama Lin, you may have noticed that she uses white pepper often, especially when she’s cooking with seafood. Many of you probably have black pepper in your kitchens and you may have wondered whether you can use it in place of white pepper. The thing is, their flavor profiles are quite different. Here’s a quick primer on the differences between white pepper vs black pepper.

WHAT IS WHITE PEPPER?

White pepper is a quintessential ingredient in the Chinese pantry. In Chinese, white pepper is often referred to as 胡椒粉, which literally translates to “pepper powder.” See video below for pronunciations of 胡椒粉 in various Chinese dialects. It adds bright peppery flavor to a dish and it’s often used to season soups and porridges like egg drop soup or congee (jook). In southern Chinese cuisine, salt and (white) pepper is a common flavor combination. For example, you will often find salt and pepper shrimp or salt and pepper tofu in the menus of many Chinese restaurants.

In contrast, black pepper berries are picked when they aren’t ripe. The unripe berries are dried, and blackened in this process of drying. If you look closely at a black peppercorn, you can see the wrinkles on the surface of the berry. 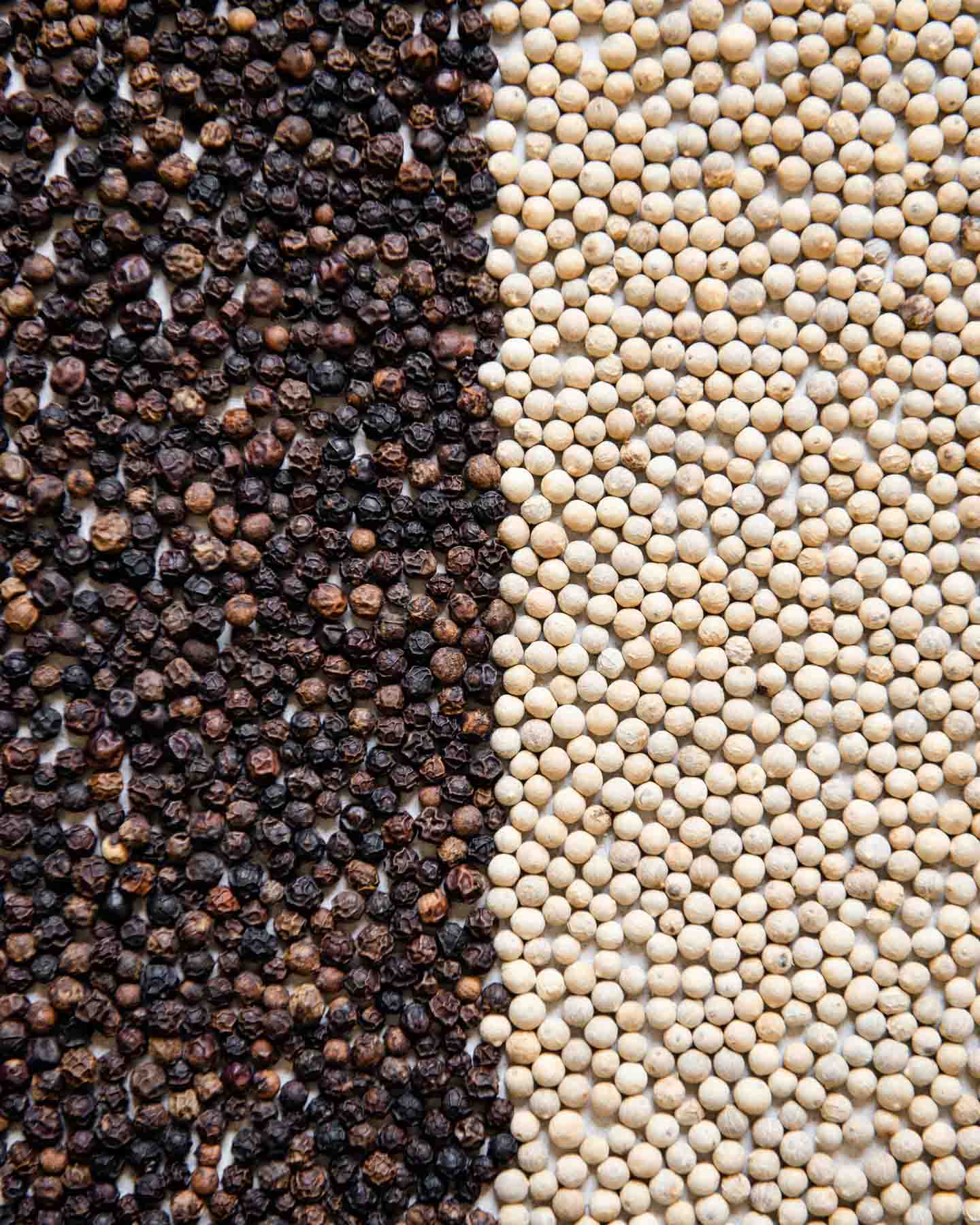 CAN YOU SUBSTITUTE WHITE PEPPER WITH BLACK PEPPER?

Yes and no. If the recipe calls for a scant amount of pepper, then go ahead and use black pepper. However, if you are cooking a dish like my salt and pepper tofu, where white pepper is a key flavor in the dish, the substitution isn’t recommended. 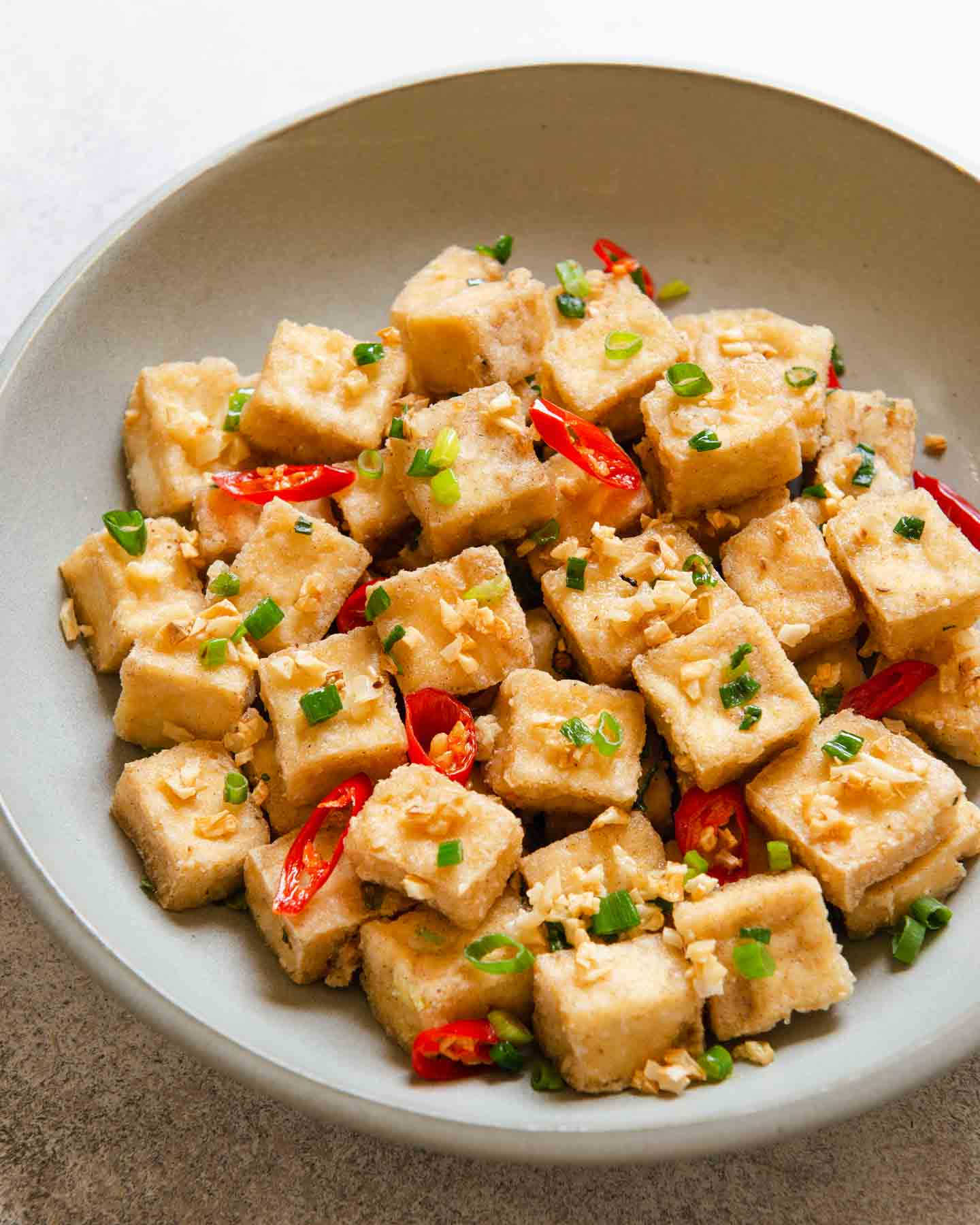