Dried shrimp is a very common ingredient in Asian cuisine. In Chinese, it is “蝦米” (traditional)/”虾米” (simplified) (xia mi) or “海米” (hai mi). Mama Lin stores bags of them in her fridge and adds them into nearly everything she cooks—from dumplings,... 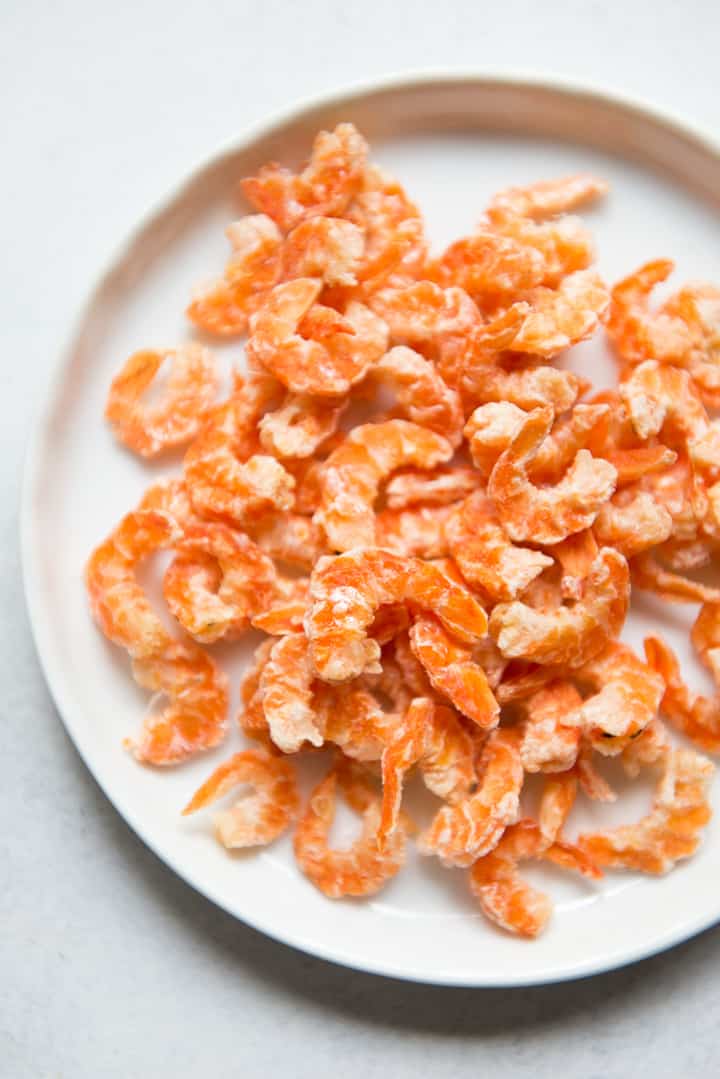 Dried shrimp is a very common ingredient in Asian cuisine. In Chinese, it is “蝦米” (traditional)/”虾米” (simplified) (xia mi) or “海米” (hai mi). Mama Lin stores bags of them in her fridge and adds them into nearly everything she cooks—from dumplings, to vegetables and soup. She keeps so much of them that I usually take small bags home with me. Don’t be fooled by their size. Though small, dried shrimp impart a lot of umami flavor to any dish. (Side note: In Chinese, we refer to umami flavor as “甜” (tían), which coincidentally, is also the word used to describe “sweet.” Imagine my confusion when I was learning these Chinese words as a kid.)

Dried shrimp are often soaked in salt water, which acts as a natural preservative, before they are dried in the sun. Larger ones are usually more expensive than the tiny shrimp. Certain sizes of dried shrimp are better suited for different recipes. For example, the larger shrimp are great for flavoring soups, while the very tiny ones are great for dumpling fillings. In general, I like keeping medium-sized dried shrimp in my refrigerator.

HOW TO SELECT DRIED SHRIMP

They are often sold in packages in Asian supermarkets. You might also find them sold in bulk in Chinatown or other large Asian markets. Regardless of the size, you want to select the package with shrimp that are bright orange. You want ones that look like the image on the left below, not the shrimp on the right. You do not want shrimp that have a faded orange color with tiny white specks all over. It is an indication that the shrimp has been stored too long or that the shrimp was not properly dried when stored. 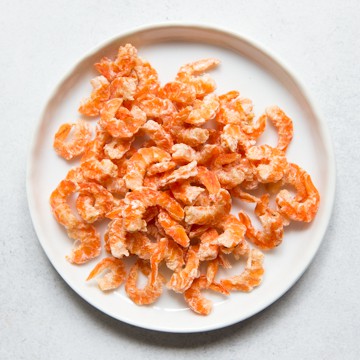 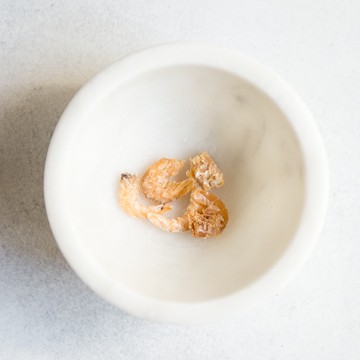 HOW TO STORE DRIED SHRIMP

The best way to store the shrimp is to keep them refrigerated in a container. They can keep for a very long time. You can refrigerate them for a good 4 to 5 months without the color fading or freeze them for longer storage. If you buy them in a package, cut open the package and store them in a jar. I once left an unopened bag of dried shrimp in my fridge for months only to find mold when I was ready to use them. If I had opened the package sooner, I would have noticed the discolored shrimp and tossed them.

WAYS TO USE THE SHRIMP

You can use dried shrimp to flavor stir fries, broths, and even dumplings. I love using it in fried rice, congee, or sticky rice. Mama Lin usually soaks the shrimp in water for 20 to 30 minutes before using it in stir fries. This helps to soften the shrimp and release a bit of flavor. She wouldn’t do this if she was making soup or congee. I have stir fried medium and tiny dried shrimp without pre-soaking and I quite like the hard, chewy texture of the shrimp. It’s not for everyone though.

In Burmese cuisine, it is common to soak a lot of dried shrimp, drain them, and crush the shrimp into very small bits. You can do this in a food processor. This shrimp “pulp” is very convenient for cooking, but you should use it within a few weeks. 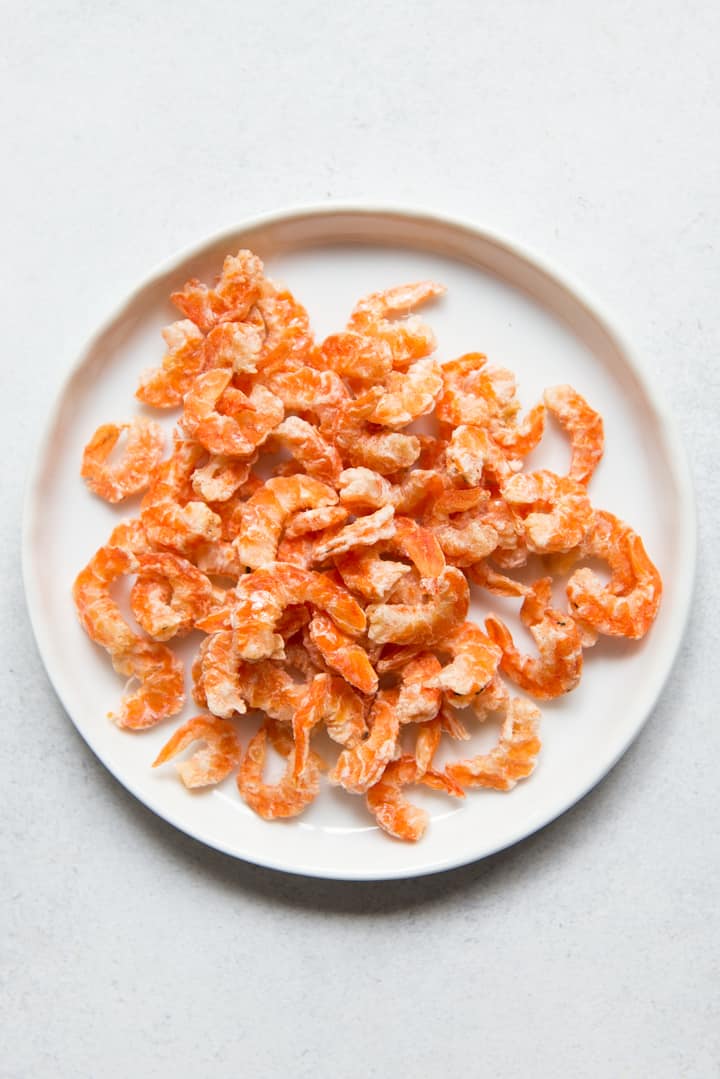